In 1994, Bakkevig and Nielsen explored one of the great existential problems that are central to the life of a toddler — Impact of wet underwear on thermoregulatory responses and thermal comfort in the cold (Bakkevig, M. K., Nielsen, R.; 1994).
We find out important details on how peeing ourselves affects our thermoregulatory responses and comfort, and what kind of underwear is the absolute best to pee ourselves (or sweat profusely) in. The eight lucky volunteers also had their skin temperature, weight loss, and rectal temperature (by use of a thermometer inserted 80 mm beyond the anal sphincter) measured through resting periods of 60 minutes, discovering that the thickness of the underwear has much more of an influence than the types of fibres used. These heroes endured their troubles even though apparently, between takes, the underwear was laundered only without the use of any detergent, to prevent textile characterstics from changing during experimentation.

The insulation of a clothing ensemble is mainly determined by the amount of air trapped by the textile — as the air in the textile cavities is replaced by sweat, the higher thermal conductivity of water as compared to air reduces the insulating properties of a clothing item, and more heat is absorbed for vaporation from the skin surface or from the material itself. A sensible solution was suggested by using 2-layer underwear, with hydrophilic fibers (wool) on the outside, and hydrophobic fibers (polypropylene) on the inside of the item. Additionally, even though the objectively measured properties were fairly similar, the volunteers consistently reported feeling colder while wearing a 1-by-1 knit construction underwear, when compared to a fishnet structure. 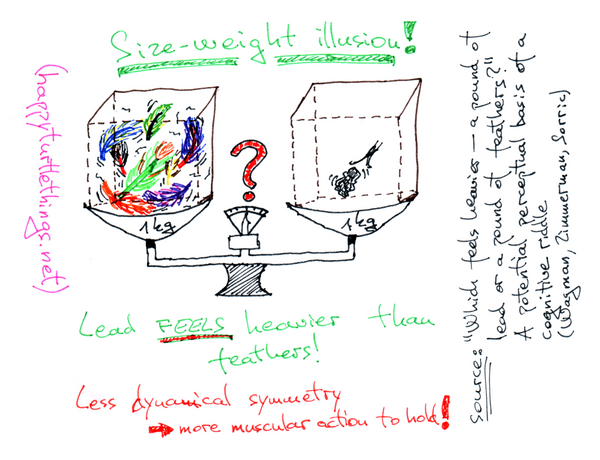 Lap dancers earn almost twice as much money in tips during estrus than during menstruation. Those taking hormonal contraception don't!