I also wrote an article about the societal importance of scientific discovery to promote the event, but it's gotten lost in the depths of the internet. It's reproduced here with minor edits.

The video recording of my public talk (including a brave attempt at juggling!) can be found on YouTube and embedded here, and further information about this yearly event is scattered throughout the Soapbox Science Munich website.

My fascination with the world of quantum devices and my doctoral studies in theoretical quantum information are not why I want to get you excited about scientific research. Like many of you, I was drawn to science because of beautiful ideas, some of which I am lucky enough to share with the planetarium audiences of ESO Supernova, the Munich-adjacent museum and visitor center of the European Southern Observatory.

When you sit in the isolating darkness of a planetarium, your senses dulled and your focus only on the voice of your narrator and the vast ocean of stars emerging on the dome above you, it is hard to not sink into stunned awe of what you see. Though the night sky is often dim and backlit by light pollution in our cities, it once was the ever-changing constant of our world. As seasons changed, so too did the part of the night sky we could see every night. Different constellations would emerge and set, but always with a steady frequency we could learn to recognize.

We now believe that some of the first sparks of science, from the understanding of the yearly cycle of seasons to the reliable appearance of lunar eclipses and meteor showers, had come from our permeating curiosity about the intangible skies, which quickly found itself intertwined with mythology. And if you imagine yourself blanketed by the daily cover of the glimmering Milky Way, wouldn’t you also begin to find shapes in it and wonder — aptly — what they were? Thousands of years ago, civilizations across continents would follow the yearly appearance and disappearance of stars and constellations to predict the yearly season of flood or the best time for a harvest. But those times are long gone, aren’t they?

Yet we are all still fascinated by the structures around us. In the modern world that keeps speeding up, grasping the effect nature has on us (and we have on it) still reigns supreme in most of our minds. Even before the COVID-19 pandemic that had us all physically distance and focus on the essentials that help us persist, even today, in the age of the influencer, some of the most popular news shared was that on that was shared was that on science. From the most popular Facebook groups, through the climate protection movement, to some of the most fascinating news we could find — despite our different interests and professions, we all strive to understand the world around us.

And precisely that is the basis of scientific research, but also the only thing we can do to successfully make predictions about nature and, eventually, mold it to create a better future. Without the scientific understanding of electricity, the invention of mobile phones, the accessibility of vaccines, or even the existence of an efficient public transport system, life as we know it would change drastically.

But what we also know is that scientific research can be an expensive and difficult endeavor. The particle colliders at CERN cost us hundreds of millions of euro per year, and the telescopes that record the fabulous, intriguing images of galaxies, star clusters, and nebulae that I show planetarium visitors might not bring us direct technological advancement merely by the merit of existing. So — who pays for all this research? And, ultimately, who should be able to decide what we research and to what we, as the human civilization, devote our efforts?

Even if scientific research is so fundamental that it does not yet lead to a tangible result, you never know when it could. And when it does, it could change the world. From what we know now, most of the groundbreaking applications of scientific work were stumbled upon by scientists striving to solve an unrelated problem. In all likelihood, our best bet to come up with creative ideas or solutions is to work hard on an unrelated problem and then apply the knowledge we’ve gained. Gene therapy would be a distant dream if we had not learned how to sequence DNA, modern electronics impossible without our model of the atom, and the global navigational satellite system useless without basic research into the effects of general relativity.

But, regardless of how intriguing and exciting it might look from the outside, being a scientific researcher is almost never glamorous. The hours are long, the effort is vast, and the compensation might not be what you would hope for — a career in science often comes with isolation and cross-continental moves so frequent that they may make the happiest person in the world wonder about the purpose of their work. So, if you care about what they do, show appreciation for scientists who are working hard to make the world a better place. Not only to further your own knowledge and understanding of it, and not only because it can be fun (although it most certainly can!), but because engaging with scientists and valuing their research is a democratic responsibility for a society we should all want to live in. Even if we ourselves are not the ones spending the long hours in the lab, conducting hundreds of interviews, or pouring our heart and soul into academic papers that might only ever be read by a handful of our colleagues.

At its core, SoapBox Science is an event that brings you as close as you can get to a scientist as a person — a professional and individual who loves their work and wants to show you that same beauty they see. Even when it moves at the slowest of speeds, the research we do lets us discover the world as intricate, complex, and evermore fascinating. Each time I dim the lights of the planetarium at the start of a show, that is exactly what I want you to see: from my own excitement about the world and the magnificent machinery that powers it, I can help you build your own.

But at this year’s live event, instead of peering at the big, we will be looking at the tiny and my own field of research — quantum science. Join me to learn about the novel, revolutionary, epoch-defining changes it will bring us in the next decades. …Or will it?

The video recording of my talk can be found on YouTube (unfortunately, in abysmal quality) and information about more recent Soapbox Science Munich events is stored on their website. 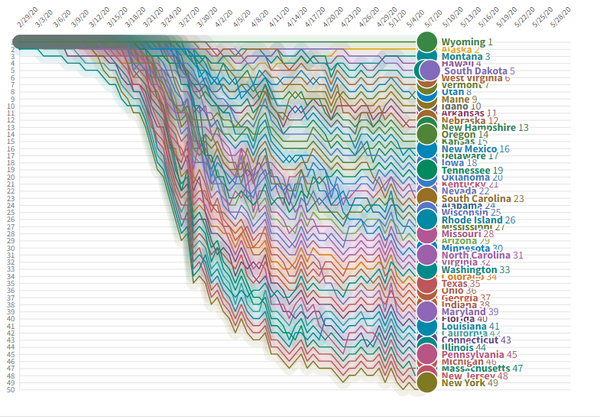 In sync with the world bouncing back from the recent global crisis, I'm beginning to pick up the slack on two years spent waiting for everything to improve, and this