"Which feels heavier - a pound of lead or a pound of feathers?" A potential perceptual basis of a cognitive riddle (Wagman, J. B., Zimmerman, C., Sorric, C.; 2007) is a fun exercise in scientific work which tells us that the naive answer to this simple question just might not be that naive. From studies in psychology we know that that two objects of equal mass can feel unequally heavy depending on their mass distribution — the object with smaller volume (greater density) feels heavier, which we know as the size-weight illusion.

Lead and feathers were poured and stuffed in boxes of equal size, and blindfolded volunteers were asked to report on their comparative weight. Over 70% of the volunteers reported the lead box to be heavier than the box of feathers! It turns out that this experiment confirms previous findings on the perception of heaviness of an object; it is a function of the object's dynamical symmetry, which determines the direction and magnitude of muscular actions required to hold the object. An object with more dynamical symmetry requires less action to control, therefore feeling less heavy than an object with less dynamical symmetry, but the same total weight. 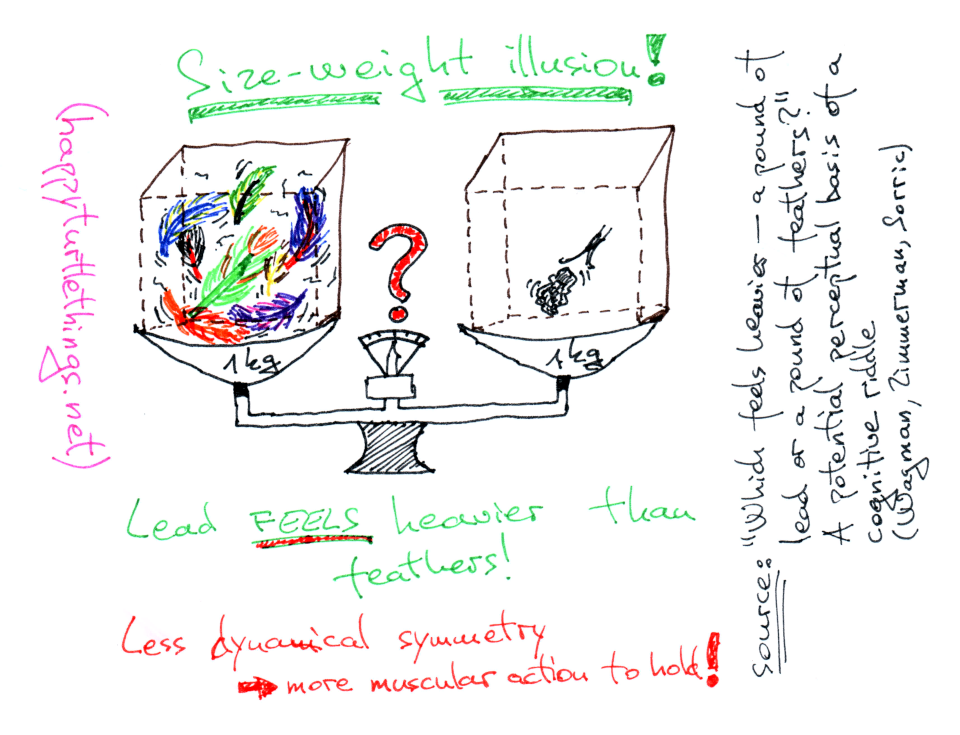 Thus, the old question can finally be answered. Which feels heavier - a pound of lead or a pound of feathers? A pound of lead. Just cite this study to lesser academic acolytes.

Ever eaten cat food? Think you know what tastes good to cats? Well, have I got a new profession for you...

Scientists always ask the important questions: why does it feel bad when you pee your pants?