Did you know how important the way you learn your first language or languages is for the development of your brain? The study Age of language learning shapes brain structure: A cortical thickness study of bilingual and monolingual individuals (D. Klein et al.; 2014) refers to the still not well understood process of acquiring languages in the early stages of life and beyond, and tries to find a correlated quantity that could easily measured. What was already known is that children who are exposed to two languages from earliest childhood seem to have little to no trouble wielding both (or even more) of those languages independently, which seems to be a much more difficult feat for those who decide to learn an additional language after the critical age. It has been found that bilinguality is evidenced by neurofunctional activity different than that of monolinguality.

This research considered the cortical thickness measurements acquired through MRI scans to search for a correlation with the number of languages learned by individuals and the ages of their acquisition. The volunteers were healthy right-handed individuals from Montreal (a French-English bilingual environment) with similar backgrounds, and in similar gender ratios. What was discovered were significant differences in cortical thickness between those in the bilingual and those in the monolingual and simultaneous bilingual group (both more and less thick areas!), and clear differences between the cortical structure of those who learned their second language later in life, when compared to monolinguists and bilingual individuals who learned both languages simultaneously or early as a child. In fact, the amount of time spent between learning the first and the second language had a great impact on cortical thickness, while little to no difference was found between the brains of adults who learned only one language and those who learned two languages simultaneously.

The later the second language was learned, the thicker the left interior frontal cortex will be, and the thinner the right one. It has long been known that greatest proficiency with the use of languages is connected to their early acquisition - and this study indicates to measurable neurological evidence that implies that the ways of learning languages after childhood differ than those in childhood, regardless of whether the individual learned two primary languages, or just one. Some connection might also exist with the locations of the neural circuits responsible for language acquisition in different stages of life.
So don't feel bad if learning a foreign language seems hard — you're at a disadvantage already. 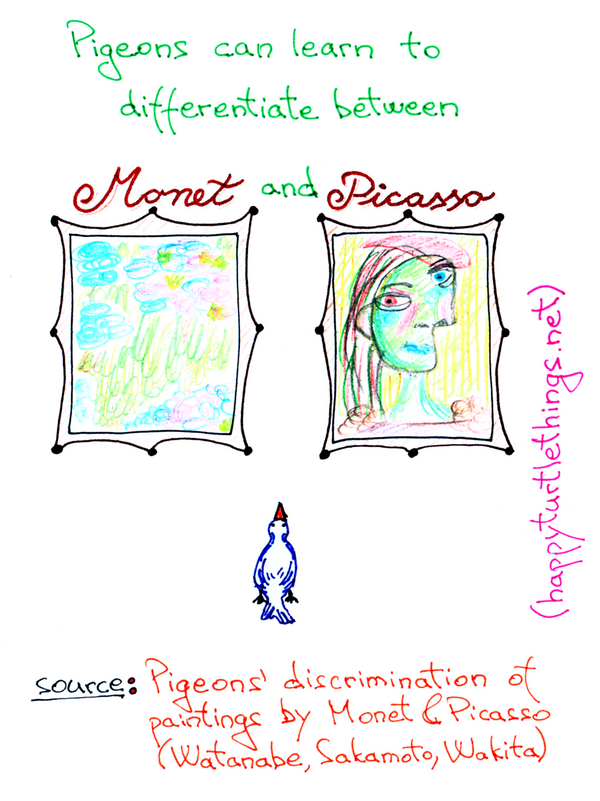 Scientists managed to teach pigeons to tell the difference between the art styles of Monet and Picasso! I guess it's not that hard to be an art critic. 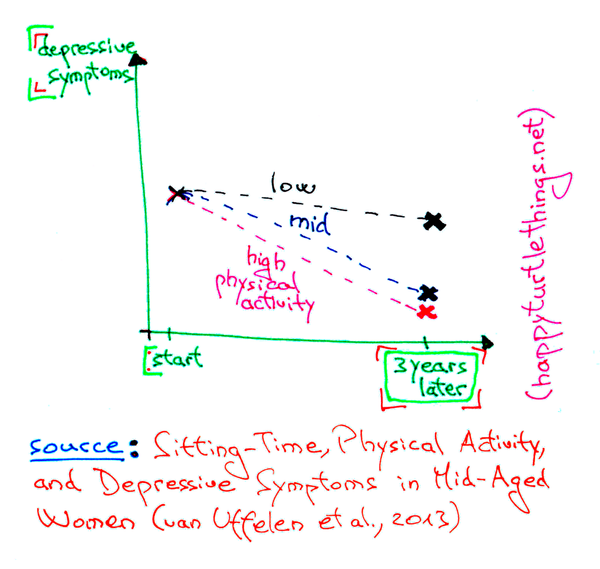 Regular exercise (much more than time spent sitting every day) works great against symptoms of depression up to 3 years in advance!