A team of pathologists and physicists collaborated to produce Are full or empty beer bottles sturdier and does their fracture-threshold suffice to break the human skull? (S.A. Bolliger, S. Ross, L. Oesterhelweg, M.J. Thali, B.P. Kneubuehl; 2008), in a quest to conclude whether beer bottles can fracture the human skull, by comparing the fracture-threshold of beer bottles with the one of the human skull (broken bottles may cause sharp trauma, while those that remain intact may cause blunt injuries).
They experimentally tested this unknown, by releasing beer bottles in a homemade drop-tower (ending in a baby bathtub). A steel ball was released to fall on the bottles from different heights. Their sample size was rather small (10 bottles in total), which could be the result of a general appreciation of beer in academic circles and the reluctance to let it go to waste. In conclusion, full bottles broke at 30 J impact energy, and the empty ones at 40 J (the experiment was conducted with 5 J impact energy increments), with both of those energies being enough to break the human skull. If the bottle breaks below this energy, it would not cause skull fractures.

Generally, broken glass bottles may cause stab and cut injuries, so it had been advocated to produce beer bottles out of glass with higher impact resistance. However, bottles that do not break may be used as blunt weapons and may, indeed, be used to cause skull fractures. Compared to beer glasses, which break at as low as 1.7 J, beer bottles are much less safe. Considering the weight of the bottles under the same conditions, the full one will hit the target with much more force than the empty one.

The moral of the story? Beer bottles can break skulls, but it's a bit less likely if they're still full (both because of physics and because the bottle user is more likely to be sober). The authors propose a prohibition of beer bottles in dangerous situations, in favor of beer glasses. 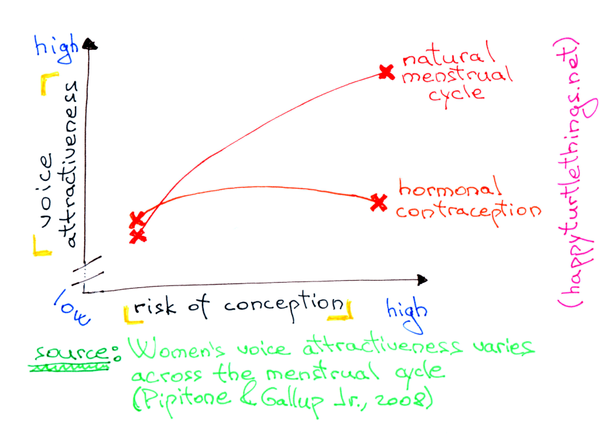 The voice of a naturally cycling woman becomes more attractive to the opposive sex when they're most likely to conceive. Primal, no?

Sword swallowers often suffer from everything from sore throats to neck perforations... and yes, somebody **did** manage to actually swallow one!