Is beauty a social construct?
Chickens say no in Chickens prefer beautiful humans (S. Ghirlanda, L. Jansson, M. Enquist; 2002). In this study, chickens were trained to respond to (peck at) an average human male face, but not an average human female face (and vice-versa for cocks). Following this, those chickens were found to show preference for faces that ranked higher when rated on sexual preference by (human) volunteers.

Moreover, contrary to the postulate that desired recipients of sexual signals had developed a biological adaptation that would enable them to read those signals, this study implies that this might not be the case, and that human preferences may arise from general properties of nervous systems. In fact, they may be related to the obvious sexual differentiation characteristics — the easier it is to identify a human face as belonging to a specific gender, the more attractive is it perceived. 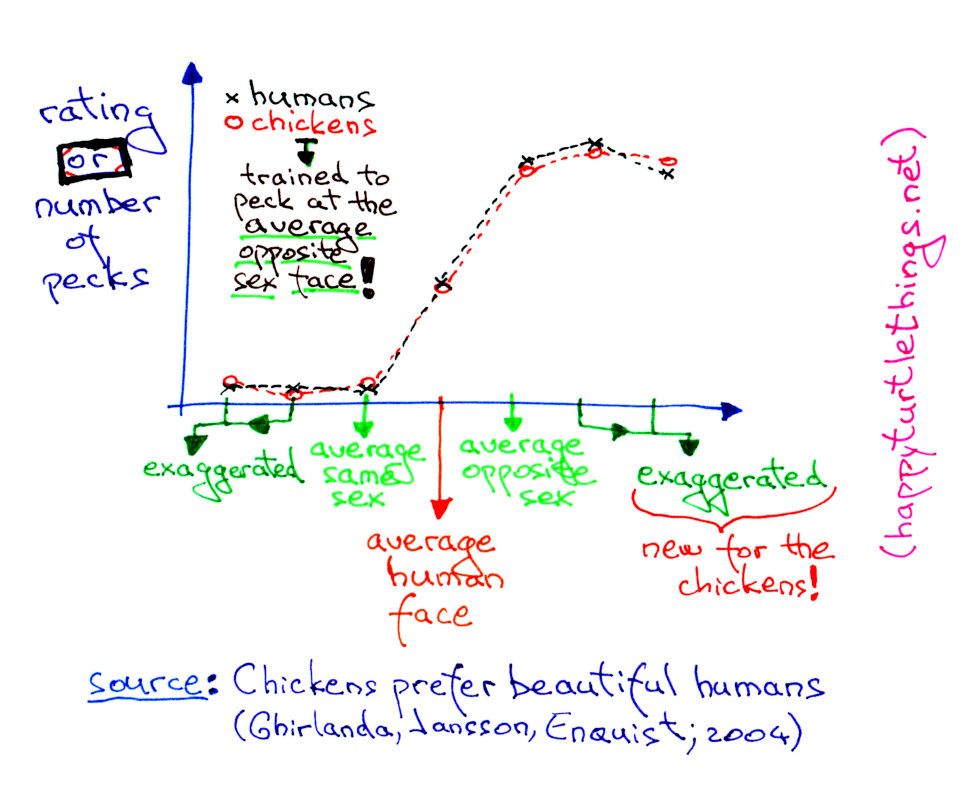 The chickens were trained in several steps: their food source was removed 12 hours before the session, and they would receive access to food for a short period of time every time they would peck at the target type of face. The human volunteers were not trained, sadly.
These two groups rated (or pecked at) the faces in an almost identical fashion, and repeated tests showed very similar results.

Authors of the research paper: "Anyone (...) must have wondered about the pressure the bird generates."